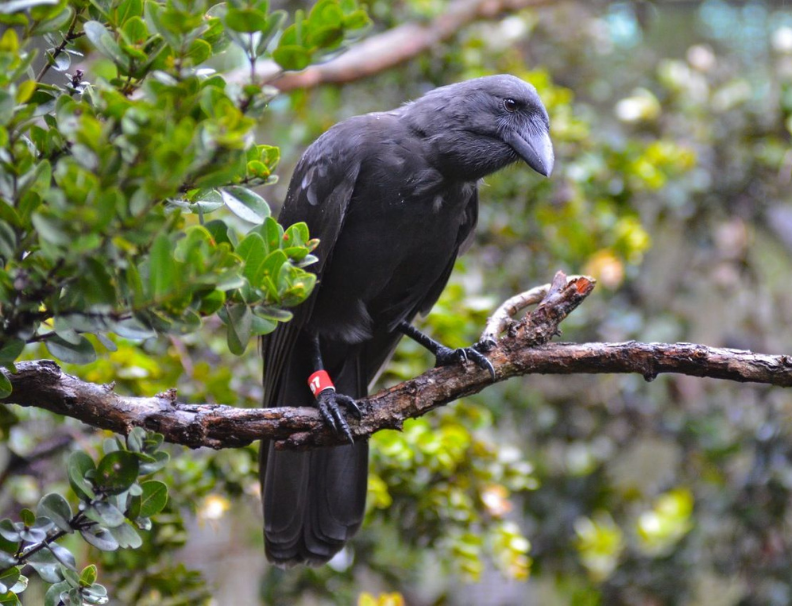 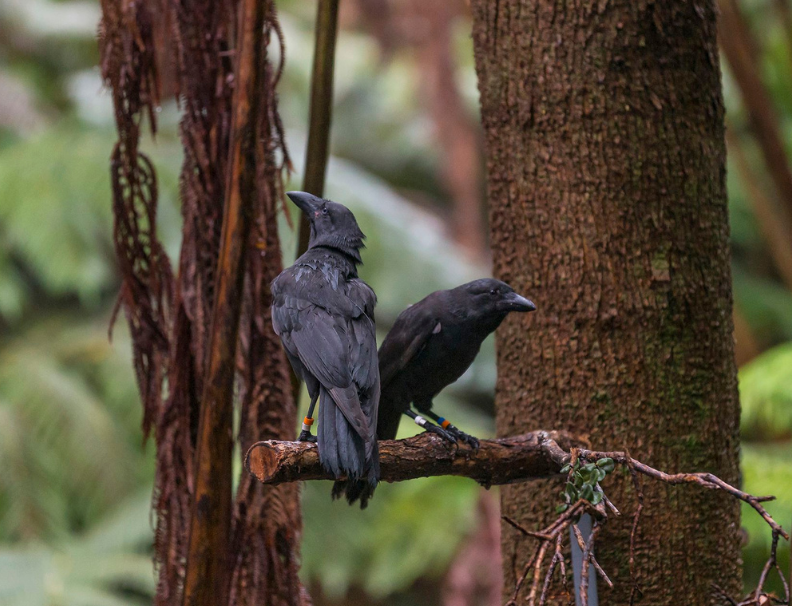 The environments importance is keeping our collective home in good shape.

The Hawaiian crow or ‘alalā is a medium-sized raven, 18 to 20 inches in length. The sexes are similar in color and size. The ‘alalā is a duller black than its North American cousins, with brown-tinged wings, and the throat feathers are stiff with hairlike webs and grayish shafts. The bill and legs are black. They were once known to be on all of the Island.

Since 1973, there has been extensive research on the ‘alalā. They were once abundant in the lower forests of the western and southern sides of the island of Hawaii. When coffee and fruit farmers began shooting them in the 1890s, their population was already declining. By 1978, only 50 to 150 crows were believed to exist. Disease, predation by alien mammals, and loss of suitable habitat due to grazing and logging are also factors in the decline of the Hawaiian crow. The last two ‘alalā vanished from their territory in South Kona in 2002.*

The Hawaiian Crow, known as alalā, is to me a great symbol of the worlds environmental problems on many levels. This bird, with no natural predators, cannot be found across the remote Islands of Hawaii as in the past. However, with the introduction of disease, pollutants, and deforestation, the crow can no longer survive in the wild.

This project evolved around my long life admiration of tropical Hawaiian birds, which I have been painting since 1976, on the advice of His Holiness the 16th Karmapa. Recently, I had the opportunity to donate one of my pieces to raise funds and awareness towards the plight of this endangered species of crow. Furthermore, this project has been backed by H.H Karmapa –who Leslie and I have been working with since 1992. His Holiness the 17th Karmapa’s work in the Himalayan regions –including the Khoryug Project- are having positive effects, especially with his added efforts. He is a major advocate for the protecting the environment!

I have put time, effort and passion into this project with the added help from H.H Karmapa. Crows are a strong symbol in Tibetan Buddhism and are visualized as an incarnation of Mahakala, whose name literally means the ‘Great Black One.’ Many cultures worldwide crows (Ravens) play a prominent roll in their mythology, Hawaii is no exception.

This raven is now being released in a secure area predator-free Puʻu Makaʻala Natural Area Reserve. This is a test of what can be done to save endangered species. A recent news article:

With the eruptions on the Big

After painting the Alala bird during my recent visit to India, while interviewing His Holiness the 17th Karmapa for the film I am currently co-producing, called: “Thongdrol”, His Holiness kindly inked his calligraphy onto the painting.

“May all beings be happy”

This project has three goals: